The Federal University of Paraná (UFPR) is the oldest university in Brazil, founded in 1912. The university ranks highly in national and international leagues of universities and is one of the best higher education institutions in Brazil and one of the few to also have an international ranking. The school is located in the city centre, within easy walking distance of many neighbourhoods, with museums, art galleries, good restaurants  and local bars.

The package does not include accommodation but various options are available.  Students can choose to stay with a host family. Celin maintains a list of host families which is available by email, studio and 1 and 2 bedroomed apartments are available on Airbnb and Short Stay Curitiba and there are 12 different hostels in Curitiba. IntercambioHelp4U can help you in finding suitable accommodation.

Do I need a Visa?

No, a visa is not required for most nationalities studying in Brazil for less than 90 days.

How to get there

There are no direct flights from Europe to Curitiba, although it does have an international airport. From the UK most flights go via São Paulo, where it is necessary to change planes. The journey time is approximately 11 hours to São Paulo and a further 1.5 hours to Curitiba. Other routes through Lisbon and Porto Alegre are also available.

Curitiba is a cycle friendly city and many students use a bicycle to get around. There is a fantastic public transport system, using buses which have their own dedicated roads. Cards similar to oyster cards in London can be purchased from shops near to the main bus terminals and can be topped up as and when required. There is a standard charge for each journey. There are a lot of orange and black taxis and taxi ranks on most street corners. Uber have a service and there is a local taxi app Vá de Táxi.

There is a plethora of things to do before and after school. Curitiba, being the capital of the state of Paraná has wonderful, museums, art galleries, theatres, parks and forests. After dark there are numerous good restaurants in all price ranges and many local bars with lots of student night life. At the weekend it is worth taking the famous train from Curitiba crossing the Serra do Mar, the most preserved area of the Brazilian Atlantic rainforest, and ending at the historical city of Morretes. For a weekend trip take a short plane journey to the amazing Foz do Iguacu on the Brazil, Paraguay and Argentine border and see the second largest hydroelectric dam in the world at Itapava.

Brazilian cuisine has European, African and Amerindian influences. It varies greatly from region to region, reflecting the country's mix of native and immigrant populations, and its continental size; this has created a national cuisine marked by the preservation of regional differences. Ingredients first used by native peoples in Brazil include cassava, guaraná, açaí, cumaru, cashew and tucupi. The many waves of immigrants brought some of their typical dishes, replacing missing ingredients with local equivalents. European immigrants, primarily from Portugal, Italy, Spain, Germany, Poland and Switzerland, were accustomed to a wheat-based diet, and also introduced wine, leaf vegetables, and dairy products into Brazilian cuisine. Enslaved Africans also had a role in developing Brazilian cuisine, especially in the coastal states. Foreign influence continued in later migratory waves, Japanese immigrants brought most of the food items that Brazilians would associate with Asian cuisine today. Root vegetables such as cassava (locally known as mandioca, aipim or macaxeira, among other names), yams, and fruits like açaí, cupuaçu, mango, papaya, guava, orange, passion fruit, pineapple, and hog plum are among the local ingredients used in cooking. Some typical dishes are feijoada, considered to be the country's national dish; and regional foods such as vatapá, moqueca, polenta and acarajé. There is also caruru, which consists of okra, onion, dried shrimp, and toasted nuts (peanuts or cashews), cooked with palm oil until a spread-like consistency is reached; moqueca capixaba, consisting of slow-cooked fish, tomato, onion and garlic, topped with coriander; and linguiça, a mildly spicy sausage. The national beverage is coffee, while cachaça is Brazil's native spirit. Cachaça is distilled from sugar cane and is the main ingredient in the national cocktail, caipirinha. Cheese buns (pães-de-queijo), and salgadinhos such as pastéis, coxinhas, risólis (from pierogy of Polish cuisine) and kibbeh (from Arabic cuisine) are common finger food items, while cuscuz branco (milled tapioca) is a popular dessert.

Learn Brazilian Portuguese at the Federal University of Paraná – Curitiba. 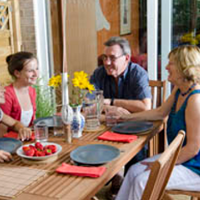 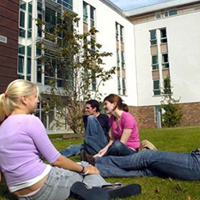 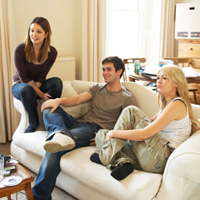 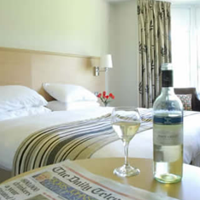 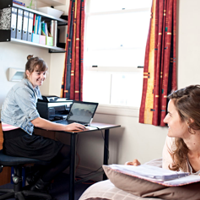 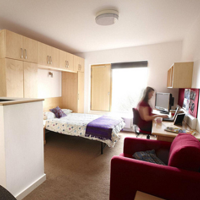